About Wayuu People: 10 Things You Need to Know 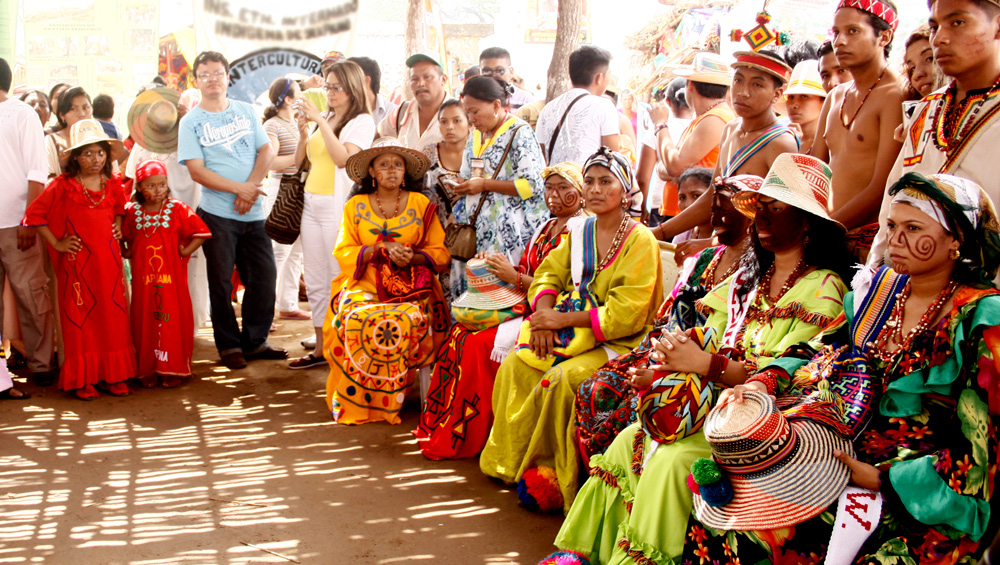 10 Things To Know About The Wayuu People

1. The Wayuu are The Original Creators and Makers of Wayuu Bags

While you may know a little bit about the fascinating Wayuu people already, there is so much more to learn. They are the makers of the colorful Wayuu Mochila Bags. They have been weaving and crocheting for centuries now. The technique was born out of the adaptation of traditional European crochet. So how has their culture allowed them to do such a fantastic thing for so long? We would love for you to learn more about the Wayuu culture. Many remarkable attributes are dwelling inside their practices. Firstly, their delicious food, their ancestral knowledge of nature and spirituality, and their incredible craftsmanship shown through the making of crochet items.

2. The Wayuu Live in a Harsh Environment

La Guajira Penninsula in the north of South America could be a hostile environment for any living creature. Temperatures rise to 38°C or 100°F, making it almost impossible to work outside all day long. Especially, the tribesmen lack the primary resources we sometimes take for granted like water, food, electricity, and a toilet. Even with all the hardships they face, the Wayuu clans fight fiercely to survive,  uphold their communities, and sustain their culture and mother tongue, Wayuunaiki. 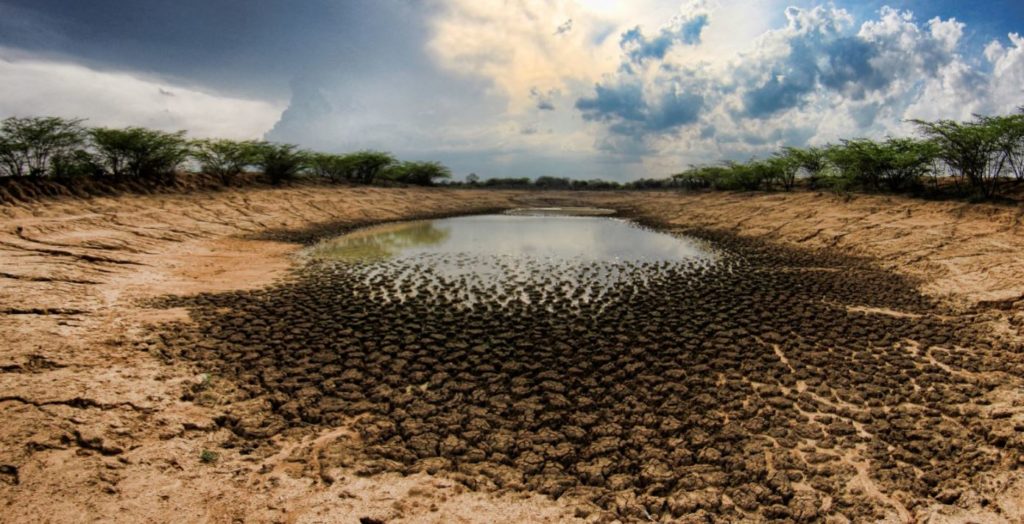 3. The Wayuu Hold a Festival Every Year to Showcase Their Culture

You can immerse yourself in their culture by attending a massive festival they have each year in Uribia, Colombia. This festival is known as the Wayuu Cultural Festival. Specifically, the event celebrates the great heritage of the Wayuu people, all aspects of the culture. Every year they prepare Enramadas Tematicas (Themed Wayuu Traditional-Huts)  bringing spectators from all over the world. 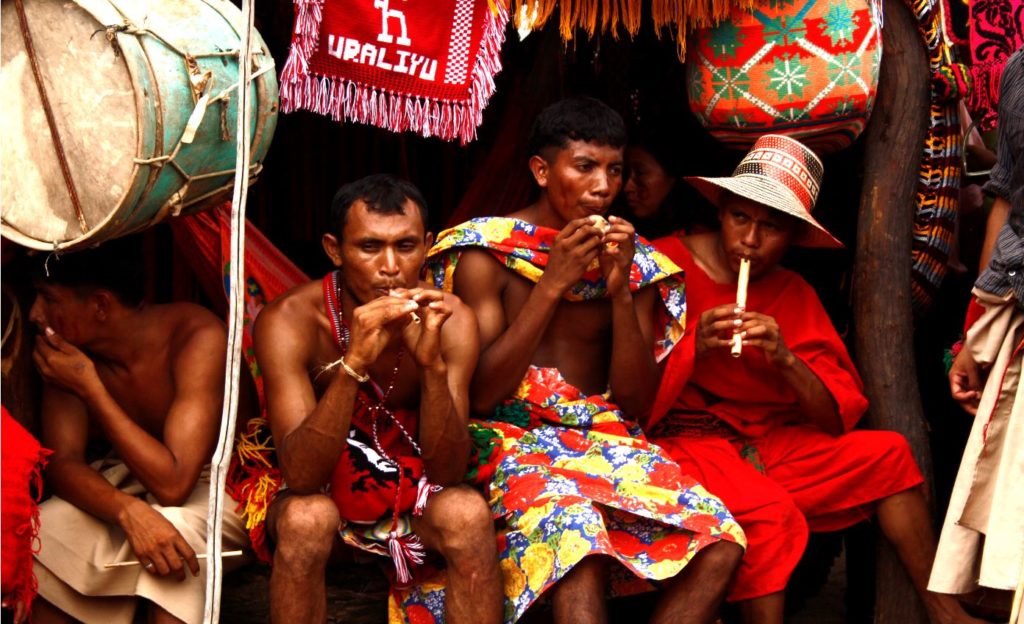 4. The Wayuu Handcraft a Wide Variety of Artisan Goods

Wayuu Mochila Bags, their most popular artisan craft, showcases only a small part of their diverse culture. Dancing, traditional games, artisan products, and regional food dishes, play a significant role in this festival uniting both the Colombian and Venezuelan Wayuu people. Yes, that’s right. The Wayuu people live on both the Colombian and Venezuelan sides. The neighboring countries share the peninsula where the Wayuu people reside. This festival brings both sides together as ritualistic practices and food are often different on each side of the border.

Any place you go to will involve some new food you have to try. Eating what others eat can help one to understand how someone else lives. You also might find something you like too! Wayuu culture certainly has a particular way of cooking. These indigenous communities, as they typically live very close to the water’s edge along the Caribbean Sea, commonly eat seafood. The men actively practice fishing, and many women dedicate themselves to crochet the beautiful Wayuu mochila bags along the shore. Along with seafood, they enjoy the preparation of goat in a dish known as “friche.” Certainly, their food will light up your taste buds with spices and tribal cooking methods that bring out a particular flavor in every meal.

6. The Wayuu Land is a Magical Place

La Guajira Penninsula, north of South America, houses the Wayuu. The tribesmen know nothing, but warm weather, as the region is mainly desert land that runs into the Caribbean Sea. Massive dunes collide with the ocean like that of the Dunes of Taroa. These high dunes located at the northernmost site of both Colombia and South America often described as a mirage due to its vast beauty, compliment the landscape of the arid sandy region. If you start to descend south, you find the Makuira Mountain Range, The Uribia Desert, Cabo de La Vela and finish in Provincia, close to the rainforest. Going through La Guajira is like visiting many countries all in one, all places so amazingly different. 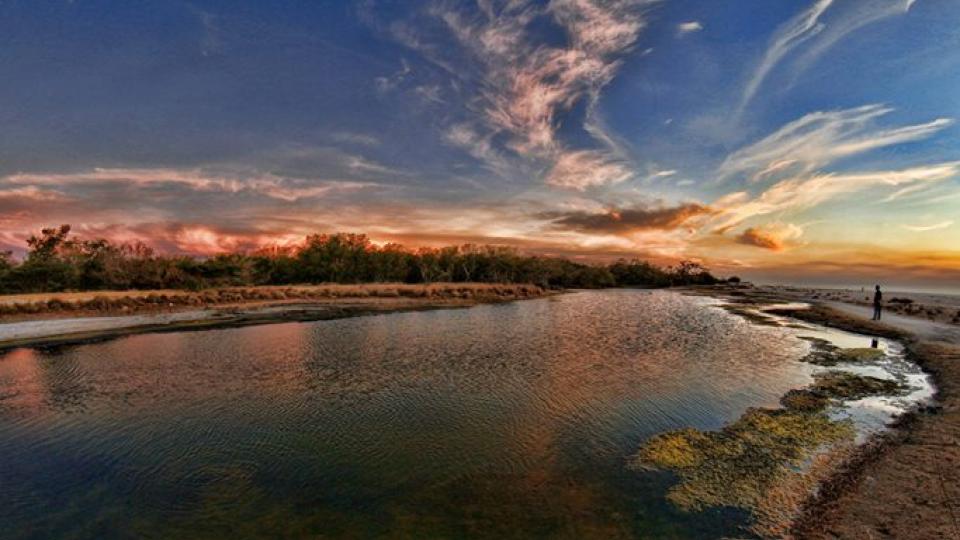 7. The Wayuu Weave About Their Biodiversity

Admittedly, the beauty of the terrain inspires Wayuu weavers to create their Wayuu mochila bags. The area truly does possess a captivating scenery. Small mountains of salt often form in the area as well as merchants shovel the salt in early hour mornings to avoid such drastic heat waves throughout the day. Merchants also bring in the regions fish supply where you can witness animal life like that of flamingos. Flamingos, commonly seen in the region, flock toward the many different species of shrimp that exist in the area. The birds especially like the artemia salina; a species of brine shrimp that helps to give flamingoes their pink color.  Though the scorching temperatures make it difficult for wildlife to thrive, a wide variety of birds and fish showcase the animal life in the region.

8. Wayuu Houses Are Made Primarily With Mudd

These indigenous people live in these desert temperatures inside small houses grouped called “Rancherias.” Electricity is not something the Wayuu people get to indulge in like the rest of us. Usually, there are just two rooms. One is for sleeping by way of hammocks and the other for personal belongings such as Wayuu mochila bags, clothing, and ceramics for water storage. 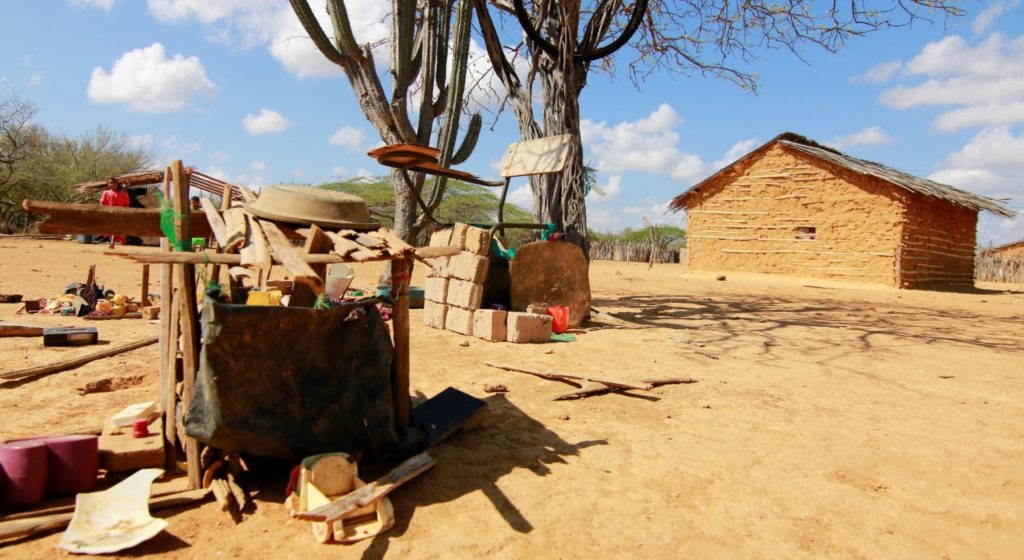 Ceilings are made from dried cactus hearts and wood while walls are composed of mud, hay, and dried canes. While these traditional styles comprise the majority of their infrastructure, some clans have resorted to using modern materials such as cement. Although times have certainly changed since the inception of their culture, the pure nature of their culture has helped them thrive to this very day.

Their relationship to nature and themselves made these people resilient survivors.  Furthermore, Wayuu people are proud to be able to pass on their knowledge and view of the world by creating such amazing pieces of art seen in their Wayuu mochila bags.

9. The Wayuu Culture is Matrilineal

Unlike most cultures today in society, the Wayuu culture is organized mainly by women. Rancherias are part of bigger groups known as clans. The eldest women of each family make the most critical decisions for their people, not the men. The mother’s name is also the one passed on to each child, unlike that of American culture in the United States where generally the men pass down the title to the children. 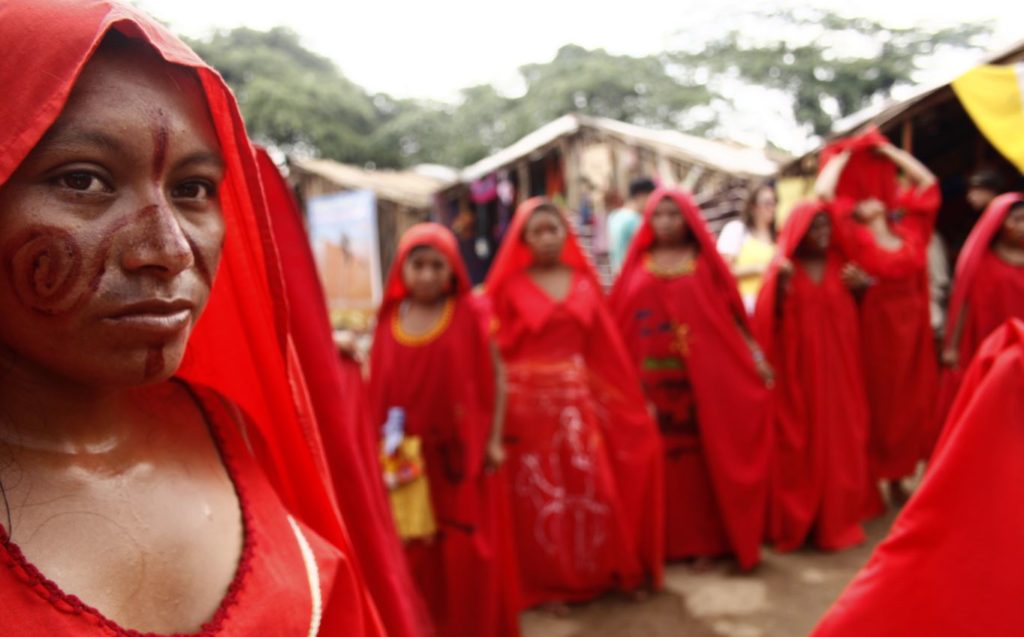 Hence, women do possess all the power, as heritage and tradition are vital factors that uphold their civilization together for centuries. The women are the cultural leaders as well.

10. Wayuu Weavers are Some of The Best Weavers in the World

The mothers teach their children at very young ages how to weave and crochet things like that of their Wayuu mochila bags. Their minds are engraved at such an early age to inspire creativity for many years to come. Wisdom and intelligence are thought to be a symbol of their ability to weave such beauty as seen in their Wayuu mochila bags. We firmly believe in Bringing Wayuu culture to the world is s. Unquestionably, they are fascinating people with creative working hands; the world must witness their craft! I’m sure we could all learn a thing or two from the people of the Wayuu culture. 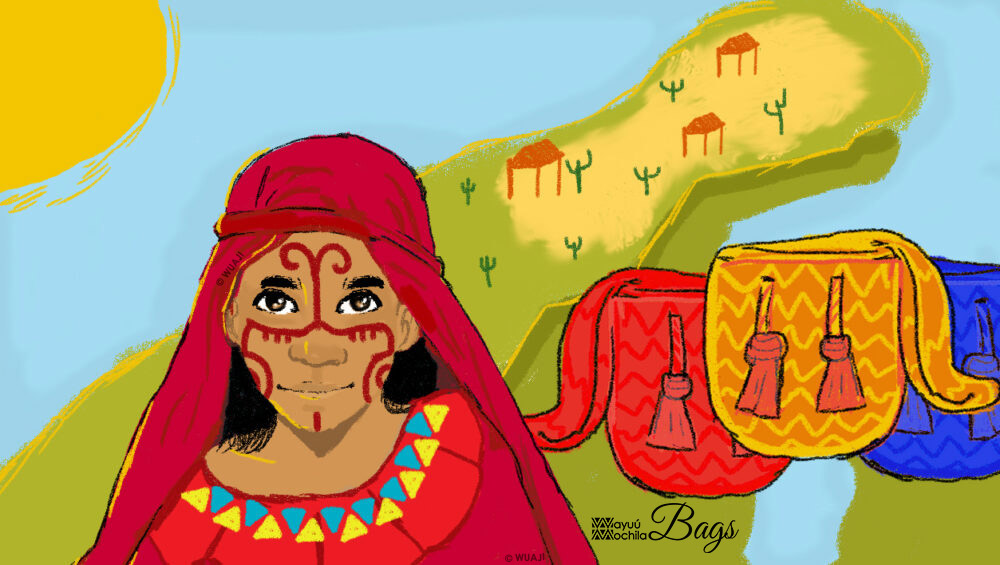 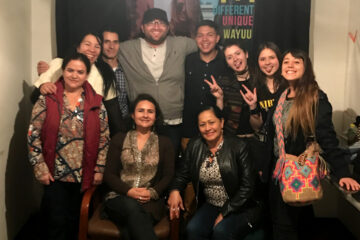 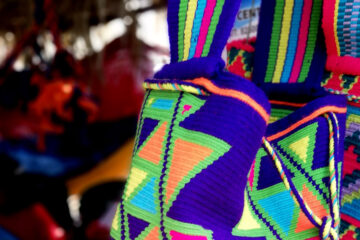 5 Things to Love About a Mini Mochila Bag

No products in the cart.

Your wishlist is currently empty.